The Willard Beach area of South Portland consists of small houses on small lots on small streets. One couple came to me requesting an addition to their hip roofed, vinyl sided 2-story cube of a house. They had no master bedroom or bath so the new work included those as well as a closet, new home office space, mud room, laundry room, covered entry and storage shed. The existing kitchen had 2 feet of counter space so a new kitchen with large glass views into the yard over a new large countertop, a stovetop island and stools, built in oven and large walk-in pantry with door to yard was incorporated into the renovated interior and new work. All new work is oriented to capture southern sunlight in the back of the house. A large willow tree in back meant lots of ground water and roots necessitating piers. The new pieces are simple gable forms in the New England tradition but bent. The idea of the addition acting like children hugging their mother who was holding up the fort, so to speak, would make a happy place. These angled forms and spaces solved the psychological need for more relaxing places to balance out the overall house. There is no style to the house, only the realization of practical needs such as light and space as well as psychological needs such as, ‘friendly’. One morning after the work had been completed one of the owners came into the kitchen and yelled out, “Who left the lights on?!” Only to discover the new abundance of natural light at fault. 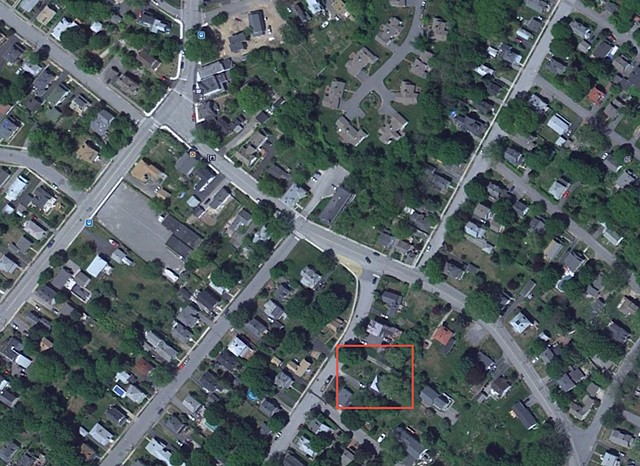 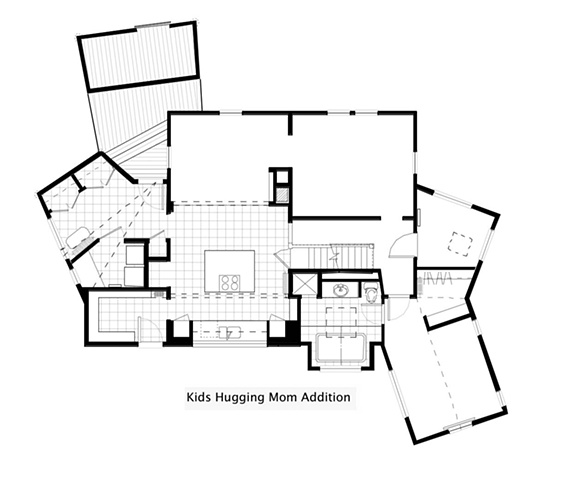 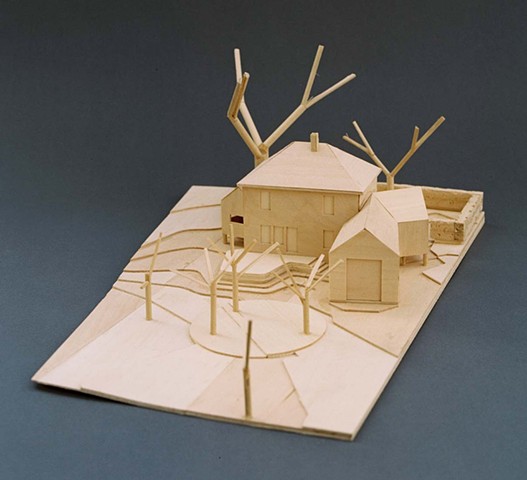 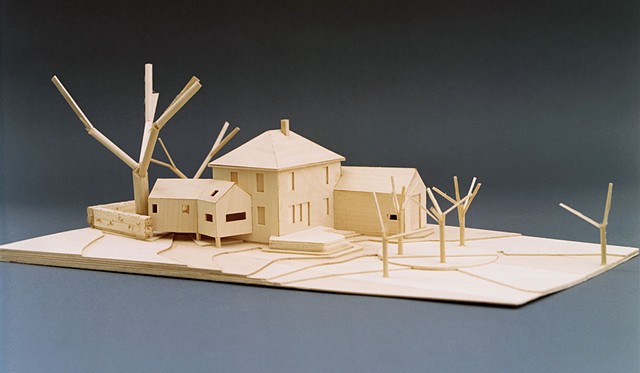 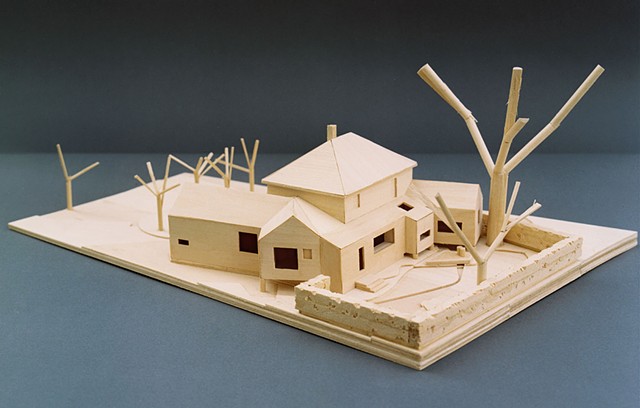 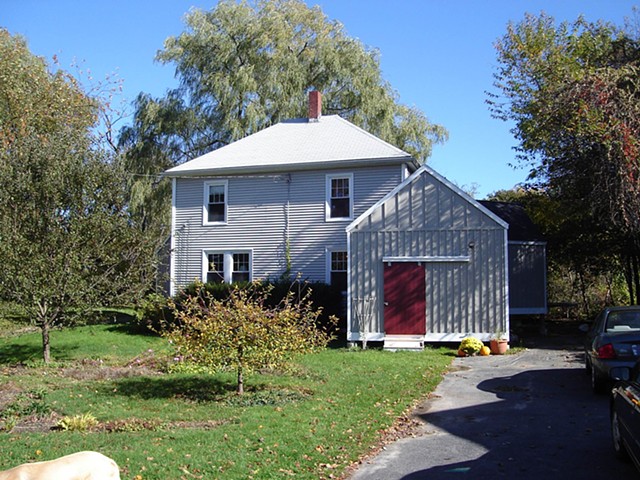 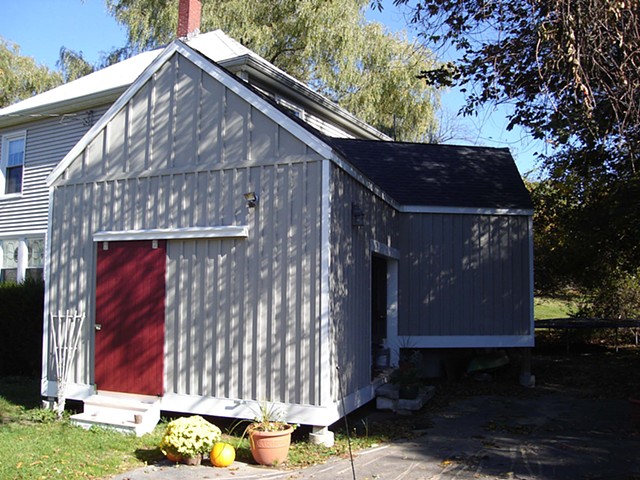 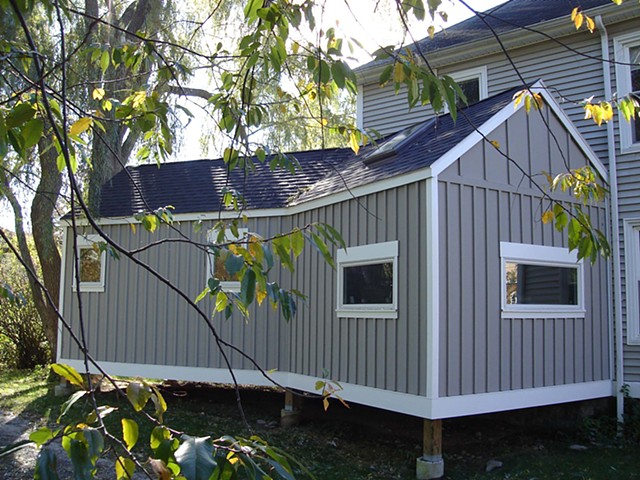 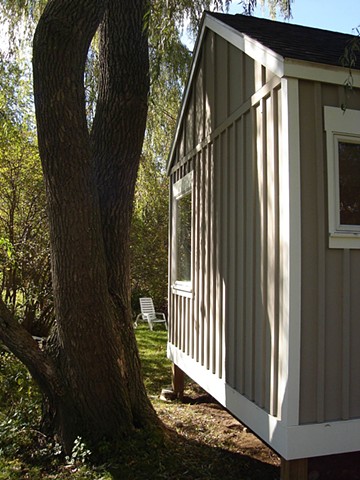 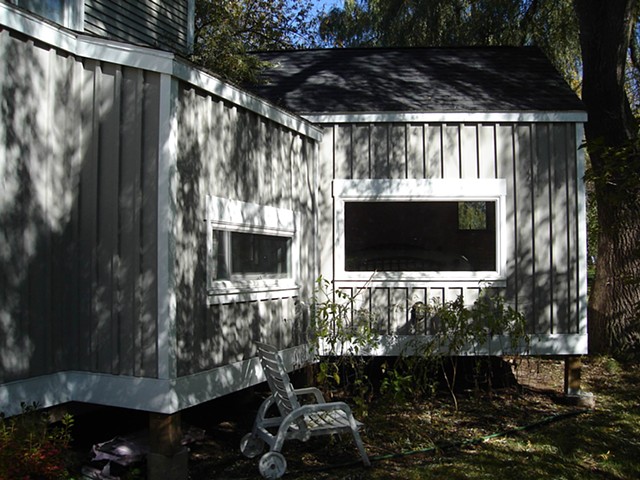 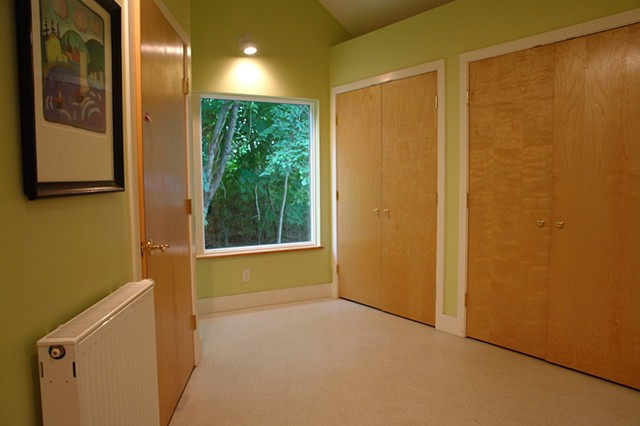 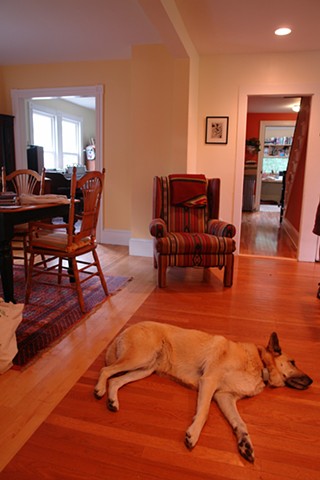 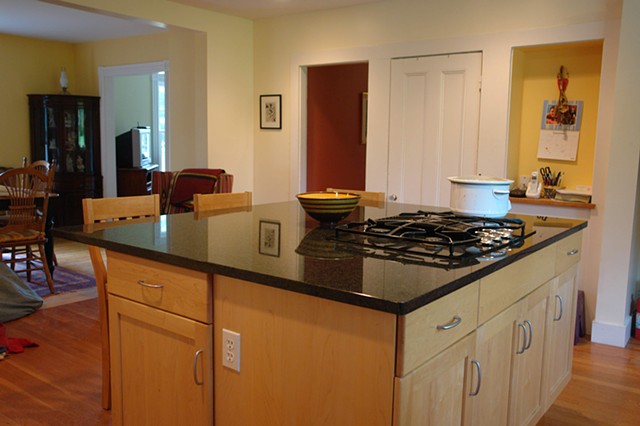 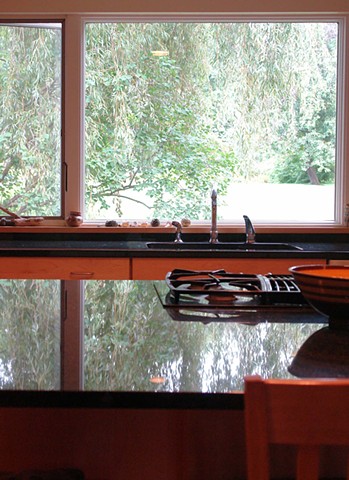 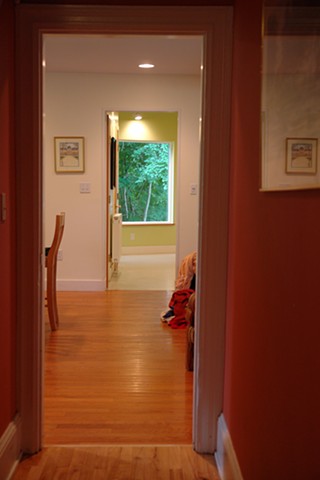 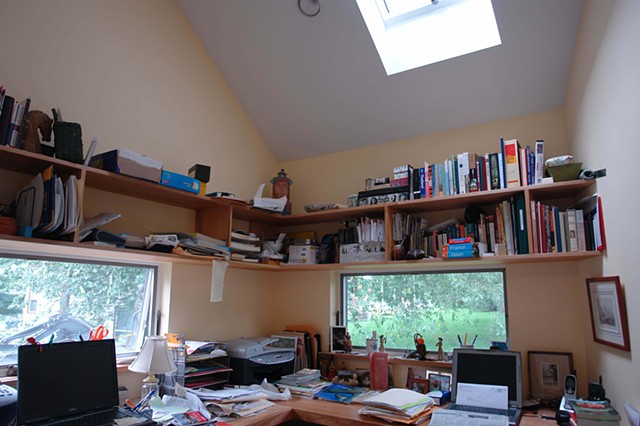 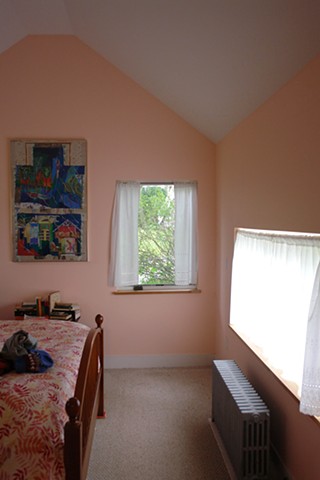 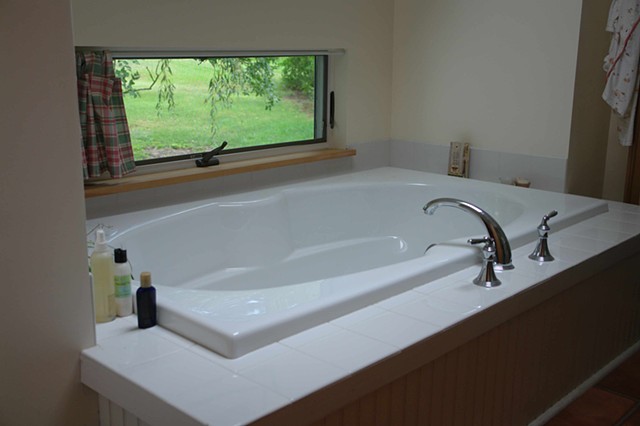 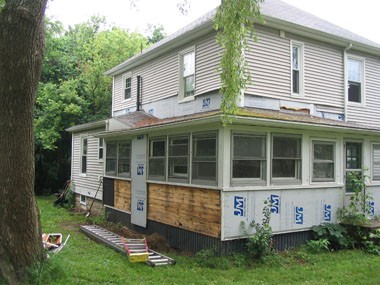